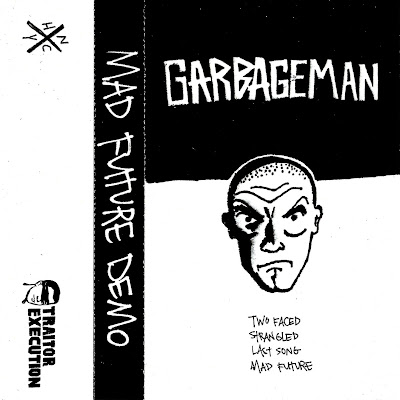 I bought this tape at the Creem/Nuclear Spring merch table on their recent euro tour. Members of Creem and Strop & Think play simple, slamable hardcore punk that really reminds me of UB/VIP-era Agnostic Front. Here's the description from Hysteria Records: "NYC's Garbageman (a.k.a. Earlobe). Hardcore. Straight edge. Anti-trend. This four song demo pays homage to the best and brightest of early Boston hardcore and old NYHC underground, chock full of spirit of youth. Four young men have channeled energy straight from the pages of Schism - mumbling the words, eyes rolled into the back of the head - and spun a whirling dervish of hardcore." 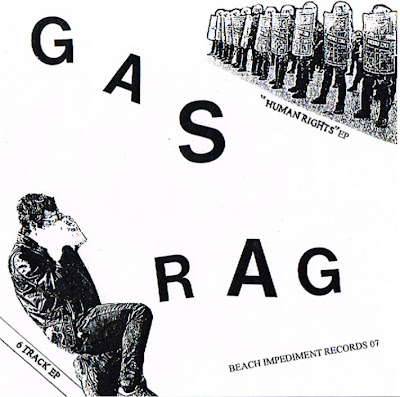 OH SHIT! This new Gas Rag 7" continues just where the demo ended, I think it's even from the same session. So I guess you know what to expect; a 6 minute thunderstorm of raging fast d-beat hardcore. It's already sold out at Beach Impediment Records, but you can still get it at Grave Mistake and probably some other distros. If you missed the demo click here! 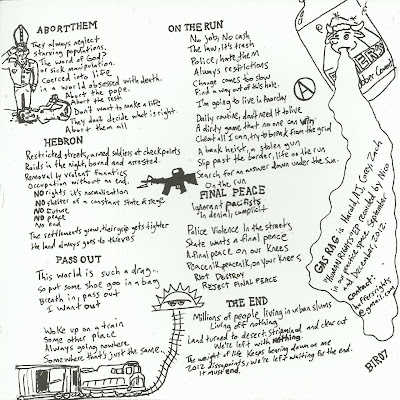 My first encounter with VVovnds was when a friend and I drove Antwerp, Belgium  last year to see Sectarian Violence play. It was a small show (maybe 20-30 people) in a really small basement room of a youth center or something. VVovnds played first and believe me, I never wished for earplugs at a show more than when they played that day. I don't know if it was due to the small room, the PA or if it was solely because VVovnds are VVovnds and VVovnds play some nasty noisy-ass hardcore punk. If I remember right, they didn't even have a bass player back then. They blew me away, but not really in a good way, to be honest. I just wasn't ready at that time, I guess, haha. Fast forward a year I heard that one of my favorite recent bands, Sex Drive, was going to release a split 7" with them, so I thought I'd give them another try. This time I actually really liked what I heard, noisy powerviolence influenced hardcore punk with 'moshy bits' and some really cool overly reverbed vocals. I hope I'll be able to catch them live again and this time let them blow me away in a good way.
This download includes their demo, their side of the split with Sex Drive (for the SD side click here) and their one sided 7". As always, if you like it, go and buy it.
Thanks to Kristof for sending me their stuff and also sorry that it took me so long to post it. 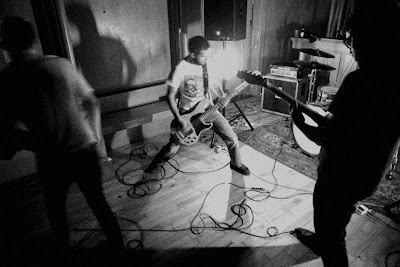 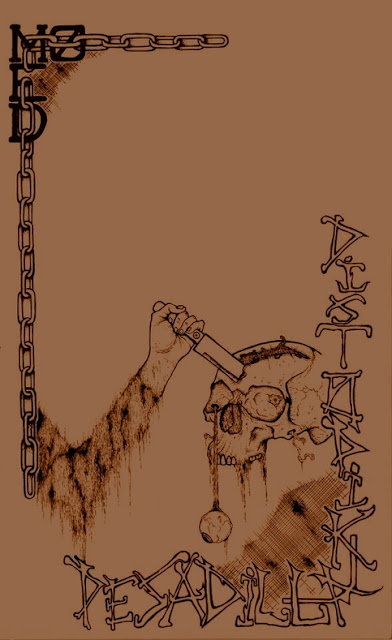 I usually don't post any of the stuff people send me on here, since I made a pledge to myself when I started this blog, to only post stuff I really like. There are enough blogs out there that post all the random stuff they can get their hands on and that's fine with me, but for me it was always quality over quantity.

So, Pesadilla Distopika is the first random band I got an e-mail from that gets posted on here. They are a brand new band from Southern California, the demo got recorded just this month. What you get here are 5 songs (in 6:30min) of raging d-beat influenced hardcore punk with a Japanese touch. They remind me a bit of GLAM, but maybe that's only because of the Spanish lyrics, which are, according to the band, negative in content. There is definitely some other influence, but I'm a little slow on the uptake here, I can't put my finger on it right now. Maybe that's the the 'Californian Touch', since what strangely comes to mind my when I listen to the first track is the song 'Street War' by Cut The Line (who remembers? Haha). I only have one little complaint, the whole demo sounds pretty clean, I wouldn't mind a little more distortion and maybe some reverb vocals here and there. But maybe that's intentional, because too much distortion and reverb vocals is what every band seems to do these days. Nevertheless this is a really good demo! Download it, buy it, and if you're from California, go to a show! Oh, what I forgot to say, I really like the guitar work, especially the solo in the first song! 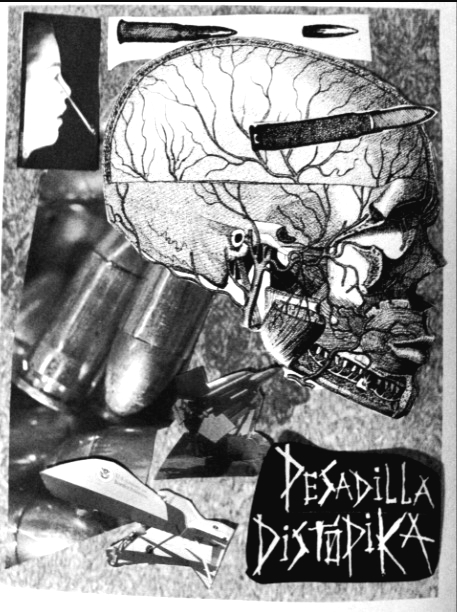 Kremlin - Drunk In The Gulag Finally I'm holding it in my hands, the new Kremlin record. I pre-ordered it and was really looking forward to getting it, but got a little disillusioned when I realized that it will only contain 2 songs I hadn't heard before. There was the 3 song promo (which I really loved) they put online before, two other new songs were featured on the radio live set and then there are 3 old songs that have been already released on other releases. So I didn't expected too much new when I first put it on my record player...I was wrong! The 2 songs from the radio set sound more vicious on here than they did on the set, which was a little too clean overall. The 3 previously released songs all got re-recorded and fit the package really well + it's cool that 'Leave Nothing Alone' made it on an actual release (not just the comp tape) since it is one of my absolute favorite Kremlin songs. Without any doubt I can say that this is Kremlins best release to date!
I guess I had a lucky day, I found the mastered wav files for the 12" (2 files, side a and side b) on Slsk and just had to cut them. So you get the best possible sound, much better than a rip.
The Euro press is out now on Hardware Records and the US press will be out soon on Beach Imprediment / Bad Vibrations.
For older Kremlin stuff click here! 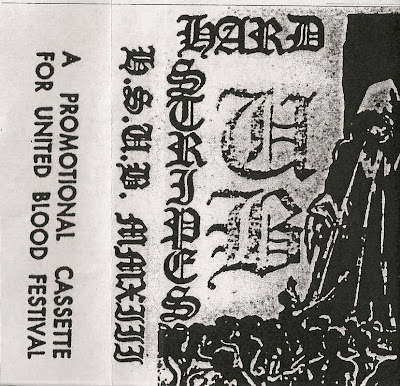 STOMP! New Hard Stripes tape. The four songs from the demo re-recorded + two new ones. The rip is a little shitty. The overall sound quality is pretty good but it sounds like someone turns the music down for a second at the start of the songs. Anyway, it serves the purpose and just makes you want to slam!
I got the rip here, so shout out to this dude for ripping it , if it was him. If you have a better rip, contact me. 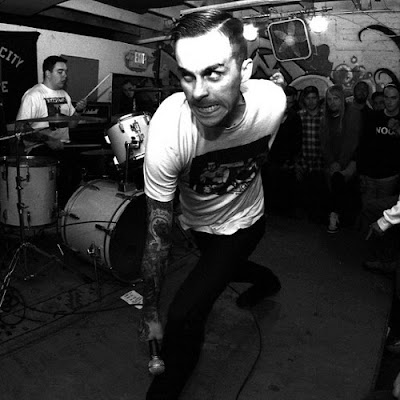 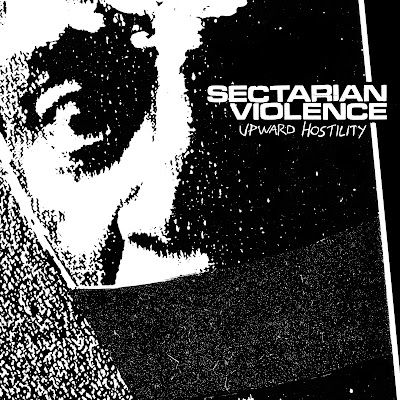 Finally the new Sectarian Violence 12" is out! You probably already heard of SxV before, if not check my older post about their first 7" and the Conflict Of Interest Demo. What you get here are 5 brand new songs and a re-recorded version of the 5 songs from the COI Demo. I was a little sceptical about the new songs first, because some of them are slower and/or longer than their older ones. Well what can I say, after a few listens I really like the slower and/or longer songs too. Upward Hostility is, without question, a really good record, still I like their 7" a little more. Although the slower songs are pretty cool too, I would trade them for a few more faster ones any time. Just so that you don't misunderstand me, SxV is still my favorite (recent) band and I think this record is still better than any other bands recent release, it's just not as perfect as the 7". You can buy the record from CTW Records (Euro release) and Commitment Records (Asia release on tape) now and from Grave Mistake Records (US release) at some point in April.
Sectarian Violence are on a European tour right now, go and watch them if they play somewhere near you. You can find the dates here: 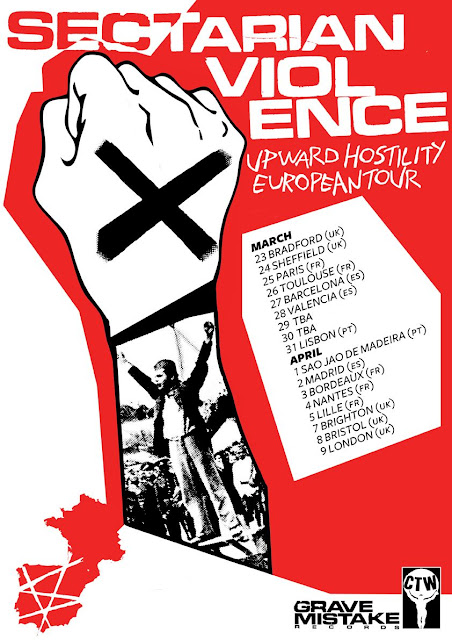 Where It Went
This is a Blog about underrated and/or hard to get Hardcore bands. Contact: wherexitxwent@gmx.de